So it is the evening after the night before and I am reminiscing of the fantastic night we have just had at The Meeting Room Elland with Junkhouse Dog and the phenomenal Robin Bibi band.

The lights dimmed as Junkhouse Dog took to the stage to deliver their set of swampy, stripped back blues with Nick Bold on guitar (electric and slide) and backing vocals and Luke Shaw on lead vocals and harmonica.

The boys were dressed for business, trilby hats, waistcoats, sunglasses and a harmonica belt the SAS would have been jealous of. 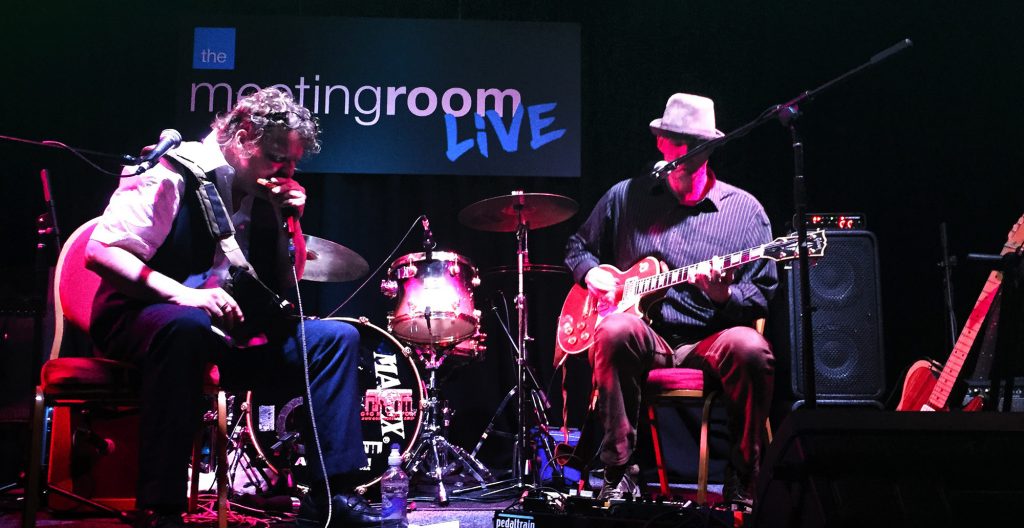 Luke is a multi-talented so and so as he rocked about busting moves on his chair while foot stomping, harp blowing and providing powerful gravelly vocals to match the likes of Muddy Waters or Howling Wolf. Junkhouse Dog provided a variation of both strong covers and some beautifully arranged originals. They rallied up the audience with encouragement for participation, whooping and hollering, just in time for the Robin Bibi band to take the stage.

Robin and the boys take the stage …… 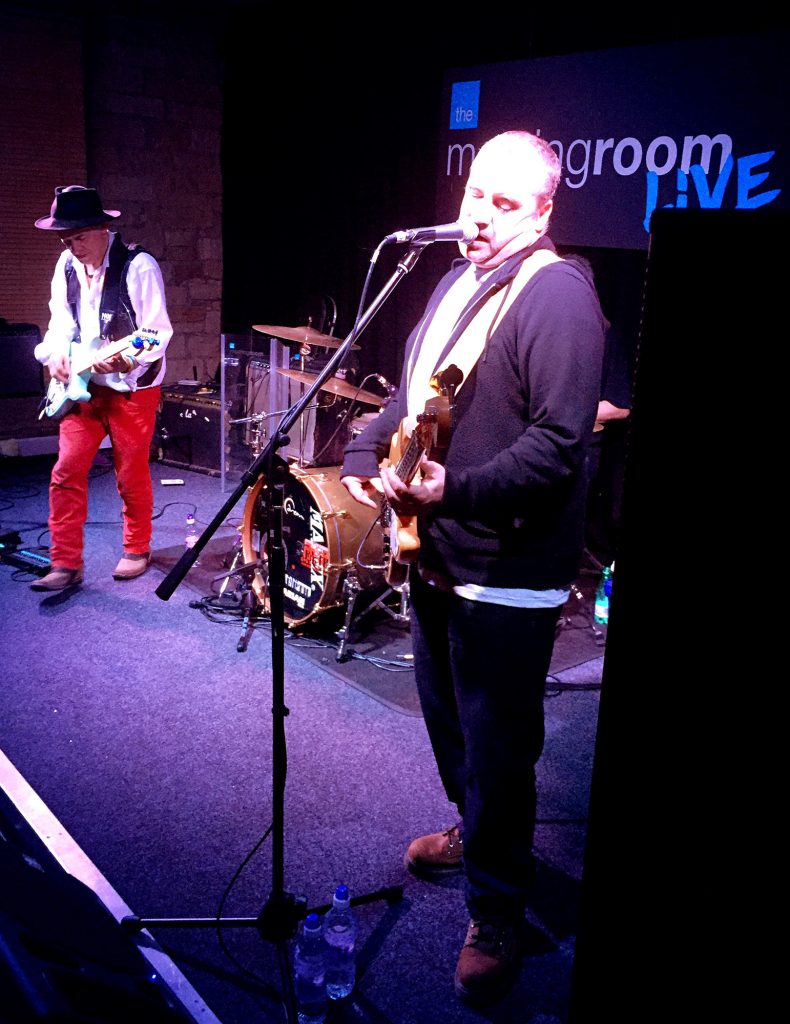 Robin and the boys burst into their first track which introduced each band member to us with a flash of what was on offer, and let me tell you, we were in for a good night! We had Tony “family man” Martin on the bass slapping and groove duties (bass guitar) and Dave Rayburne on the pots and pans providing bad ass beats and huge smiles from behind the kit. They were a formidable rhythm section for sure. Let me tell you… mustard, a ducks arse or a true Yorkshire man get no where near as tight as these boys!

Then there was Robin. Flawless powerful vocals matched by some rip roaring guitar that constantly changes pace, feel and emotion which kept everyone in the room locked on him. Before you know it, he has jumped off the stage and into the audience and then he is up on a table. Robin DEMANDS the audience attention and by heck… he gets it! He is a fantastic front man with a phenomenal band behind him and powerful, relevant and highly emotional material that can only be portrayed by masters of the craft… and we had three of them on stage.

Injecting all the Bibi charm 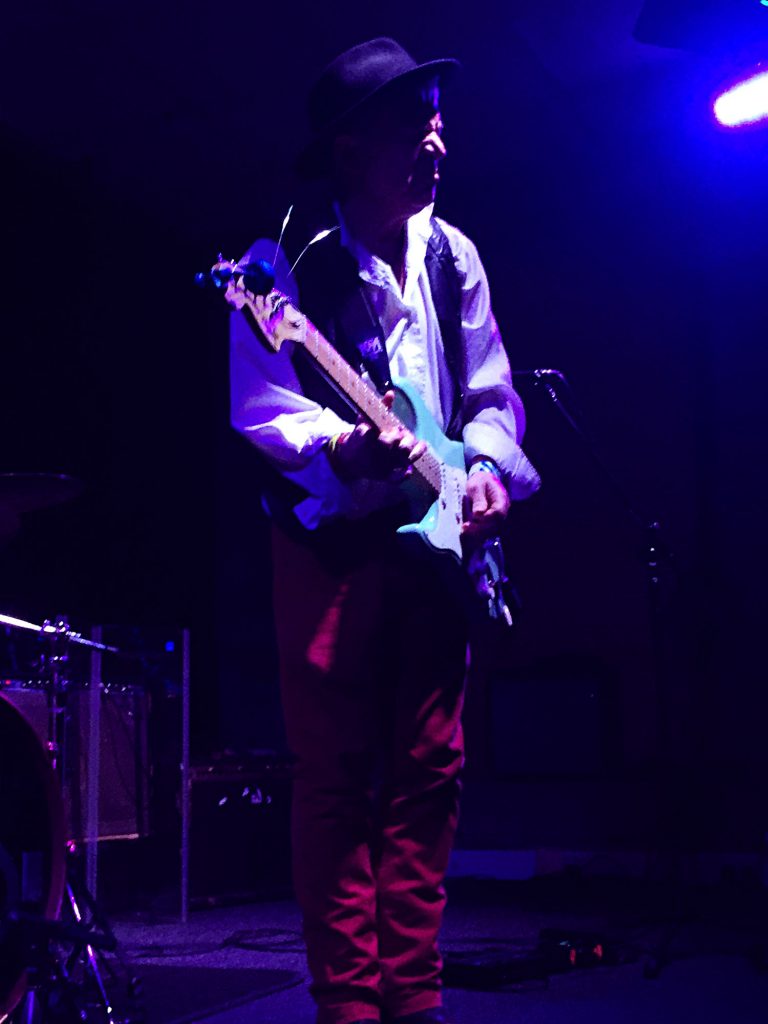 Notable covers include the likes of Hendrix (“fire” and “little wing”), BB king (“4 o’clock in the morning and I’m waiting on you”) and Stevie Ray Vaughan (an awesome finale of “cold shot”) which paid homage to the original artists but then were soaked in Bibi charm. The original material from Robin’s albums stood out in regards to the complexity, class and eclectic genres. Notably on the track named “packed my possessions” where Robin advised he needed to turn up the reverb on his guitar to “get the mood right”. Robin has a real knack of hitting his audience in the feels with his emotional conveyance of his material and then prepping them up with his stage presence and tongue in cheek… well…cheek!

If you are reading this review and thinking “that sounded like a good night”… it was.

Were you at the gig? We’d love to hear your thoughts and comments in the section below, warts and all!