It’s another sold-out show at The Meeting Room Elland and that is because Xander and the Peace Pirates have returned. The event began selling tickets as soon as they went on sale last year, so we knew it was going to be a packed night.

Do you remember the first time? 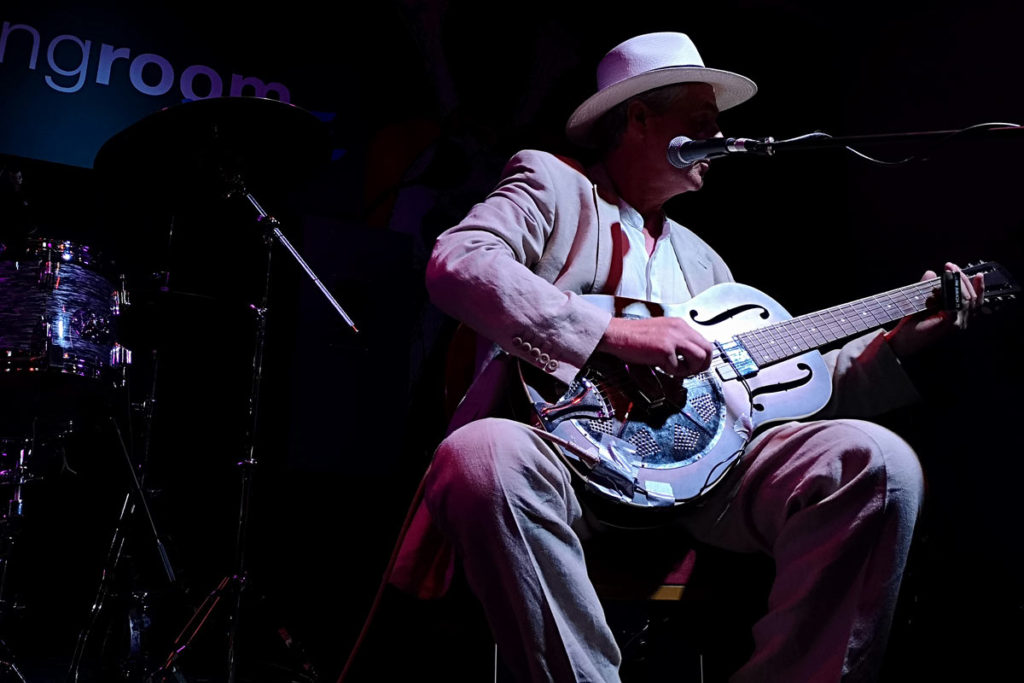 First up, was Meeting Room first timer and Yorkshire lad, Chris Martin, to warm us all up.

Chris plays traditional blues with a “one man and his guitar” kind of set up. He was definitely dressed the part in his white linen suit and Panama hat, but could the “Man from Del Monte” play the blues?

His first song made the audience take note for sure. We have a great audience who come to the venue to listen to the music so they are always paying attention to that opening number.

Chris opened up with a thumping blues track on his lap steel guitar with growly soul ridden vocals.

By the way, the answer was YES, this “Man from Del Yorkshire” CAN play the blues.

It became apparent right away that Chris has a wealth of experience of being on the stage. He is a fantastic story teller, guitarist, singer and comedian.

Before we knew it, he had the audience eating out of the palm of his hand and giggling furiously while encouraging them to drink more beer to make him “sound better”.

Chris moved on to show the range of his musical talents with a melodic instrumental, played on the same lap steel, which morphed into “Amazing Grace”. The audience was silenced by his beautiful playing.

This was followed with quite possibly one of the best stories about how he, as a young man got his guitar from his grandad (you need to check out the Facebook page and see the live video for this… trust me)

Chris is a true master of being an all-round entertainer. He looked dapper in his white linen suit, played some real blues very, very well and made the audience love him and hang off his every word. He won the audience of The Meeting Room over hook, line and sinker. 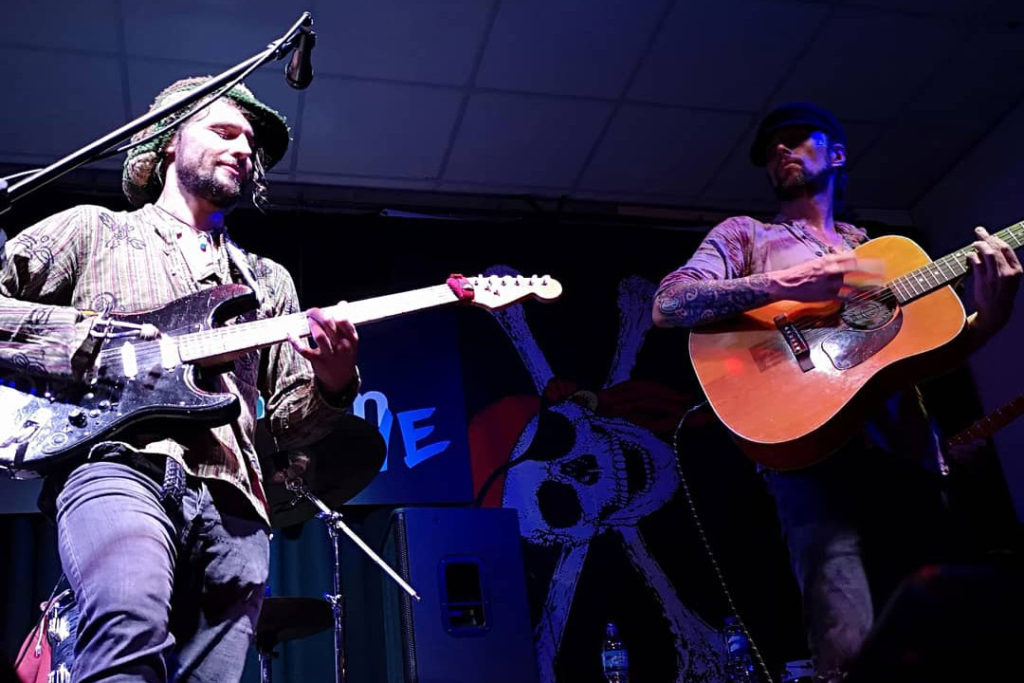 Then it was time for the main event and the audience were all a buzz.

The band took to the stage (looking very cool indeed) and asked the audience for a very piratey “AAAARGH” then they kicked into their first track “We Cry”.

We have had the pleasure of hosting the guys at The Meeting Room before and we were all blown away the first time. The second time was no different.

These guys enjoy being on stage together

They are a very well-worked band that still manages to smile at each other and look to genuinely enjoy being on stage together. It’s been a really busy few years for the guys and they are really beginning to gain momentum which is great to see.

As previously stated, Keith has the playability, vocal range and confidence that makes a seriously cool front man. With big brother Stuart leading the band behind him on acoustic guitar, Keith is left to simply wail that guitar to deliver some mind-blowing solos filled with intricacies, style and emotion. This is only matched by the ridiculously cool guitar playing of Mike Gay who patiently waits for his turn to step forward and blow everyone away.

The band has grown since they last played 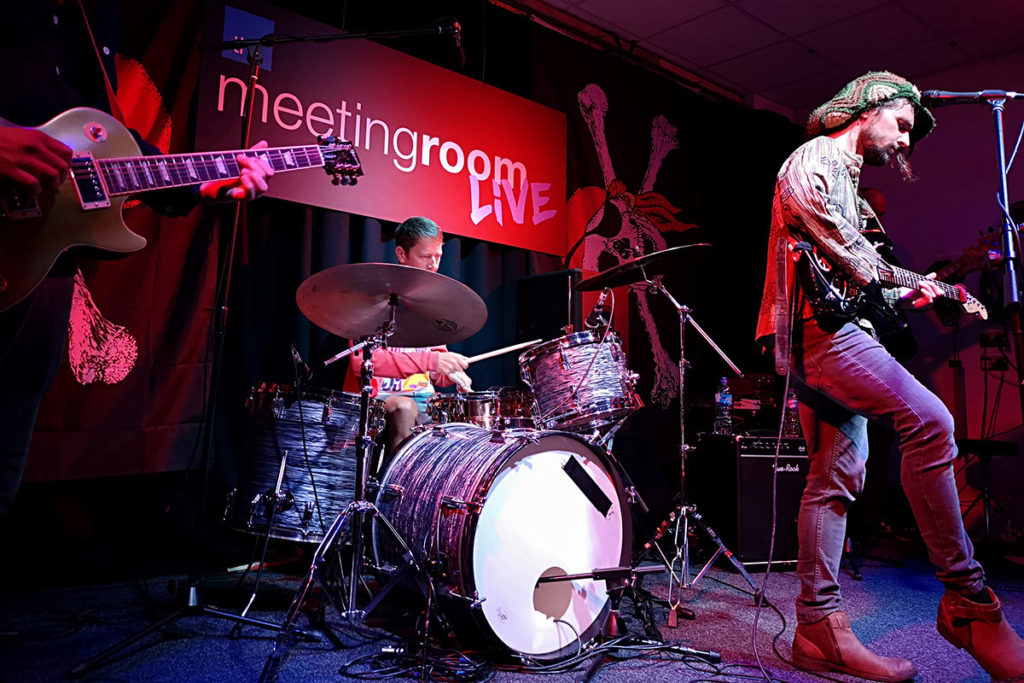 The band really has gone from strength to strength recently which is a real pleasure to see. Their full merch table at the end of the show proved that the returning fans can’t get enough, let alone the newbies who just had their minds blown.

T-shirts were flying off the stand, selfies being shot and hugs being given out freely (though Keith is a very good hugger!)

This band has a great relationship with their fans and they seem to really engage and involve them as much as possible which keeps them coming back for more.

This was another fantastic night at The Meeting Room. Drinks were flowing just as freely as the good vibes and positive comments. We had raffle ticket winners, beer, music and even managed to get the owner, David, on stage for the first time!

Paddy explained that the line-up for the night was a perfect example of where blues came from and where it is heading.

Next month we have the awesome “Slack Alice”. See you all there.