Josh Smith has been making some seriously good impressions on very important people in the music world just of late. 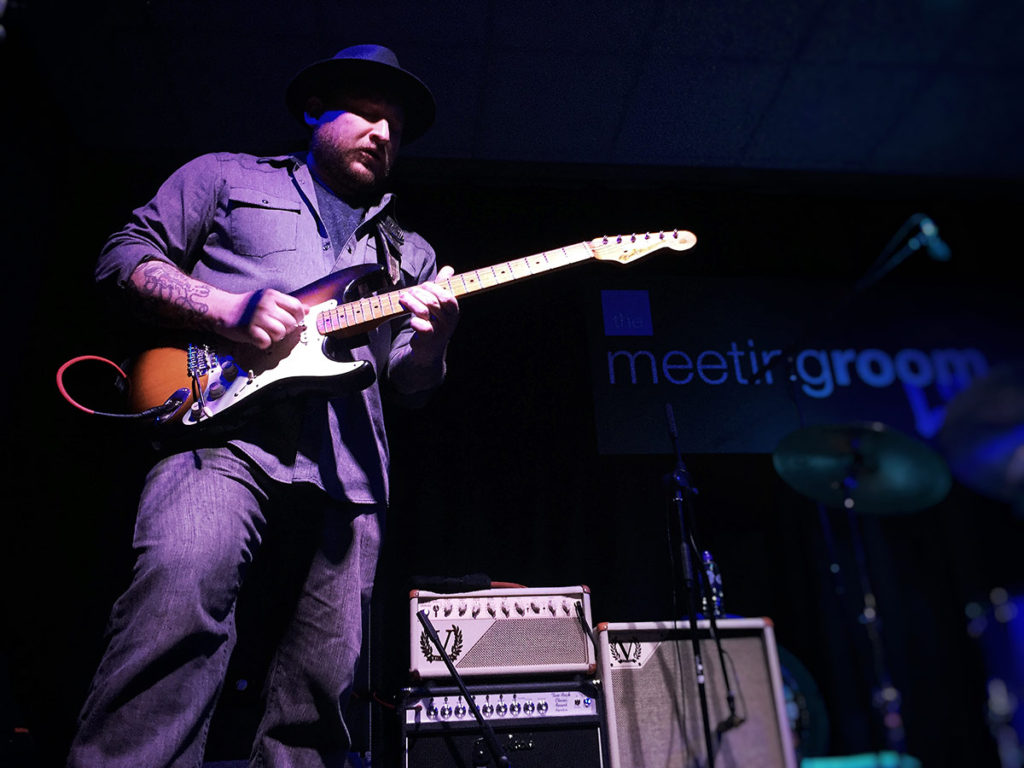 Rated to be “one of the best” by such monster guitarists as Joe Bonamassa, Eric Gales and Kirk Fletcher, Josh has been deemed as the guy to make sure you see in 2018.

After his performance at The Meeting Room last night, we can see why.

This is Josh’s first UK tour under his own name and the recent release of his 8th studio album “over your head” Josh has gained all kinds of attention in the “blues/rock” world (with special guests Joe Bonamassa, Kirk Fletcher and Charlie Musselwhite), and has spiralled  Josh into the forefront of the UK music scene with this eagerly anticipated UK tour. The tour has been arranged by UK based Tour manager, musician and all round good guy Dudley Ross.

It was Josh’s third gig of the tour and he is working alongside two phenomenal UK musicians, Jonathan Noyce on Bass ( Jethro Tull, Gary Moore) and Wez Johnson on drums (Kirk fletcher) who also backed Ariel Posen for his support slot.

Ariel Takes To The Stage 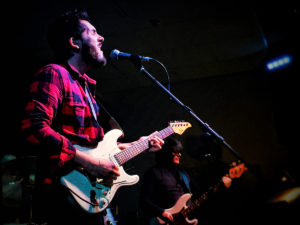 Ariel and the boys took to the stage to a full room with an audience ready to be impressed. Ariel opened up the show with a smooth, melodic, original track named “Try”.

Ariel’s music is soft and emotive and not at all what the audience of The Meeting Room expected. Knowing what kind of bands we usually host at this little venue, and knowing the style that Josh plays, I think the audience were expecting some rock blues, roaring guitar.

While Ariel does not have the strongest, most powerful voice in the world, his soft, emotive, melodic original material gained a different kind of attention as the audience hung off his every word. There were moments that allowed Ariel to show off his vocal range and falsetto skills such as in his original track “How long” where we were warned it was “a sad song, but it’s ok to open yourself up to those feelings”. He also showed a little diversity with the ramped up “Things that I’ve said” (original) and his Lenny Kravitz cover of “Sistermotherlover”

Ariel warmed up the crowd fantastically with his accomplished guitar skills, his boyish good looks and his Canadian charm. Though he did not have much merchandise for sale, he has said that he will be releasing an album soon so please do yourselves a favour and keep your eyes open for that. 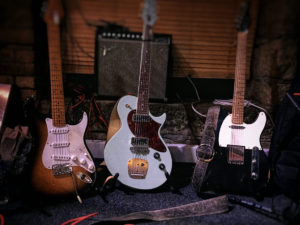 After a quick change round of the gear on stage, Josh was ready and the audience were ready… this was what we were here for!

The band kicked in with Josh’s track “And What” From his 2014 released album “over your head” where Josh kicked off with those incredible guitar skills we have heard so much of from the very get go.

As soon as the band started I knew that this review was going to be a difficult one to write. I just knew that I was going to run out of positive adjectives to describe how the band played and how incredible Josh is. But here goes.

The entire set was filled with moments of the tallest peaks and the deepest troughs. One moment the guitar was wailing and Josh was shredding like an absolute mad man and the next he was ever so gently dancing his fingers over the fret board with the volume turned down on his amp so that the audience had to strain to hear the sound. But strain we did, because we didn’t want to miss one single note he played. 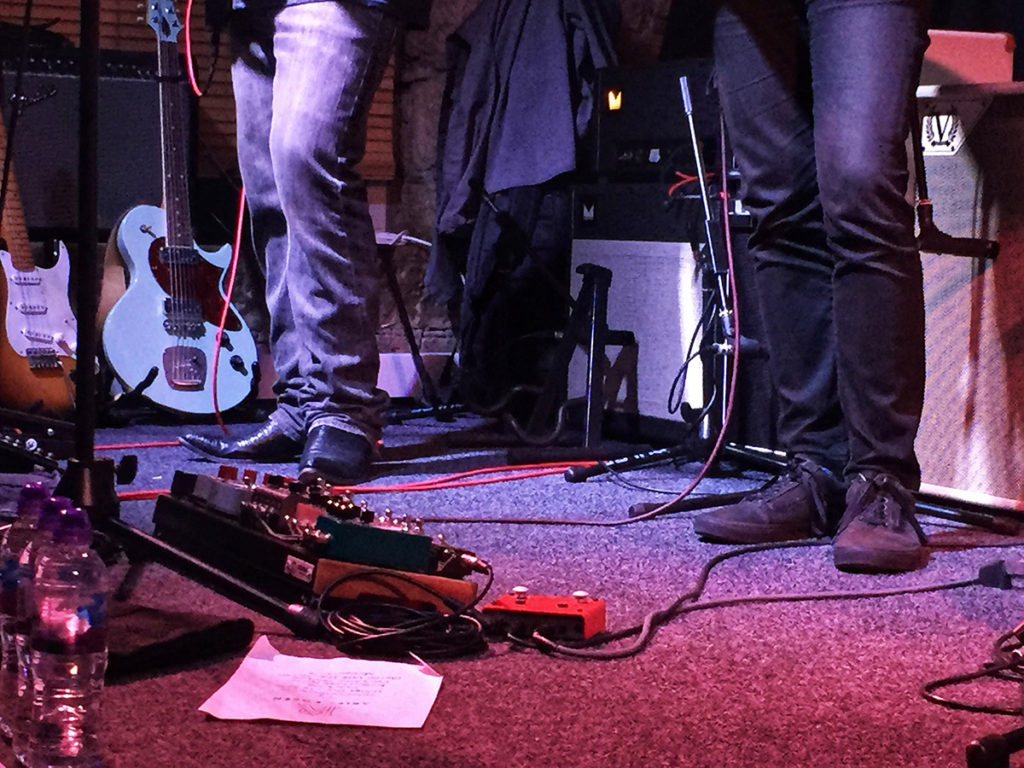 There was, as always, the ever present “woman who has no idea how loud she is talking” who could be counted on to relay her personal story while the band played the quietest solo break. Seriously, if this woman is your friend, just give her a nudge in the ribs and tell her to shut the hell up because clearly the angry glares from the rest of the audience aren’t working!

Anyway, Josh delivered an absolutely stonking show which could not be faulted. 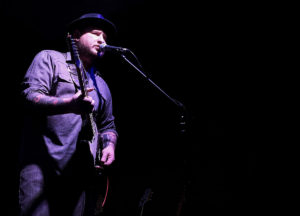 For those guitarists or guitar fans out there (and there were quite a few well known, very well accomplished guitarists in the audience ), Josh truly is a sight to behold and his skills and experience really make him stand out as something a bit special.

He emotes his music with utter ease and plays the guitar like it is an extension of his hands.

Wez and Jonathan were an incredibly solid rhythm section for both acts and they made it look like they had been playing these shows forever. The truth is that this has been a very last minute get together where the guys have simply stepped up to the plate and blown everyone away. You would have thought that the extravagance of their playing on this tour would reflect many shows together. The fact that we know this is not true is what makes it ever more impressive.

Up Close and Personal With The Band 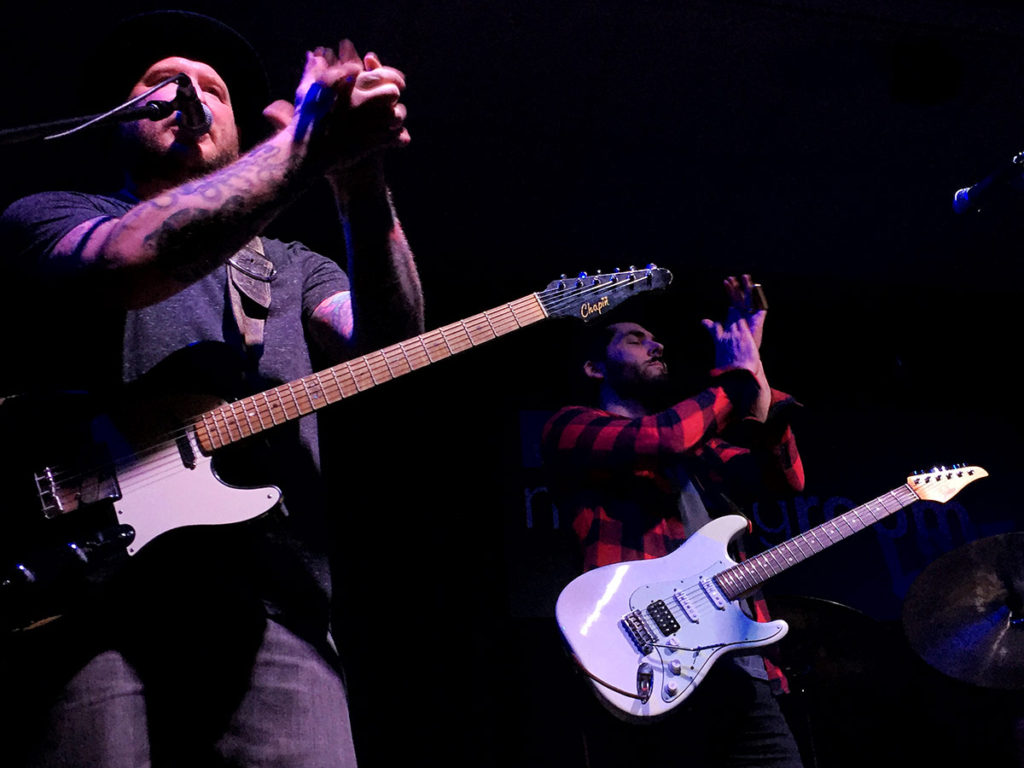 The audience had a fabulous night where they were spoiled with an encore that saw Ariel returning to the stage for a jam, a full merch table (looked after by the fabulous Chris Lea), after show meets, greets and selfies with the band and an absolutely phenomenal show.

If you have not already got your tickets to see Josh on this UK tour then I suggest you get online QUICK and plan your night out now!

Next month sees The Meeting Room welcoming another touring artist who is making some seriously deep impressions on all who see her, Sari Schorr.

Make sure to get your tickets early.