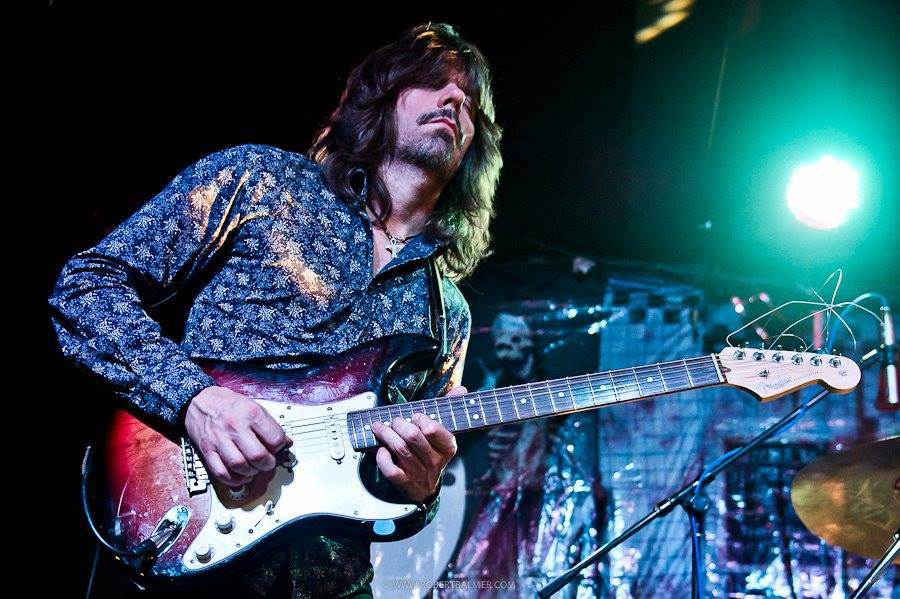 with support from the Paddy Maguire Band and Into The Blue.

Don’t risk missing out on our brilliant Christmas party gig at The Meeting Room Elland – it’s a ticket-only affair and they sold out quickly last year, so book yours now – it’s what celebrating Christmas is all about!

We’re really rocking to get the Christmas season off to a great start this year with live music, great food and the best atmosphere, aided and abetted by Russ Tippins and his Electric Band.

Russ is one of the most competent musicians to emerge from the North East rock scene in recent years. His live performances do exactly what it says on the tin – electric! He’s a regular to The Meeting Room and has rocked major British Blues festivals across the UK including Maryport, Hebden Blues and Colne R&B, as well as live shows in continental Europe.

The song ‘Little Josephine’ made CLASSIC ROCK writers’ top ten list and was featured on the Magazine’s cover-CD alongside artists such as Joe Bonamassa, Beth Hart, & Kenny Wayne Shepherd – great guitar-based, down to earth rock ‘n’ roll! Russ and the band will be playing many of their own songs with a splattering of old favorites like rock-n-roll from Led Zeppelin, just let yourself go and rock on into the night, eat, drink and get very Merry Xmassed.

What better way to head into the Christmas festivities than at the best Christmas party in Yorkshire – it’s going to be a long and exciting night at The Meeting Room. There’ll be great support too from the likes of Paddy Maguire and Into The Blue.

Alongside this festival of music, we’ll be feeding our audience with turkey and stuffing baps and pigs in blankets, all cooked freshly by our old rocker in the kitchen our very own chef Richard and his merry band of Christmas helpers. Vegetarian option available of course!

Christmas doesn’t get better than this! Book your place now at The Meeting Room Xmas Bash 2017 and rock your way into the festive season