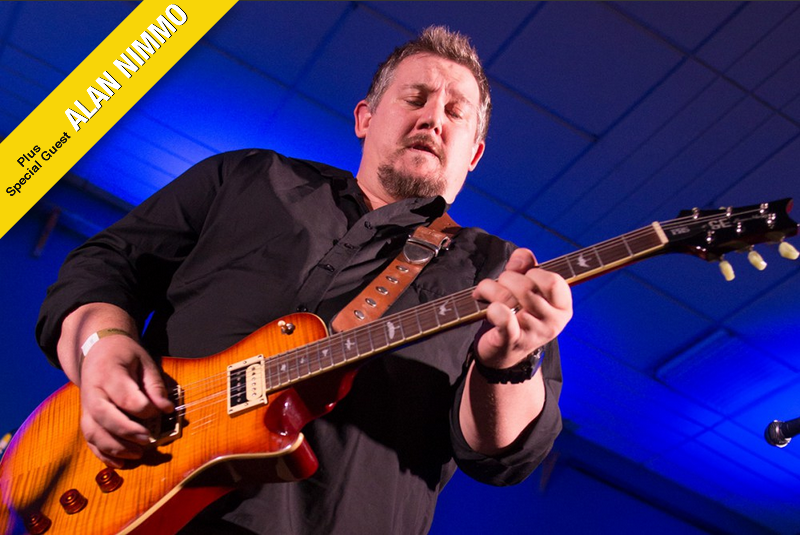 with support from Trevor ‘Babajack’ Steger

A late change to the Stevie Nimmo Trio gig has been forced due to Stevie breaking his arm. You can find out the full story here. Needless to say the addition of Alan Nimmo to the line up is a sumptuous proposition and tickets sales have already seen an upturn, get yours now. 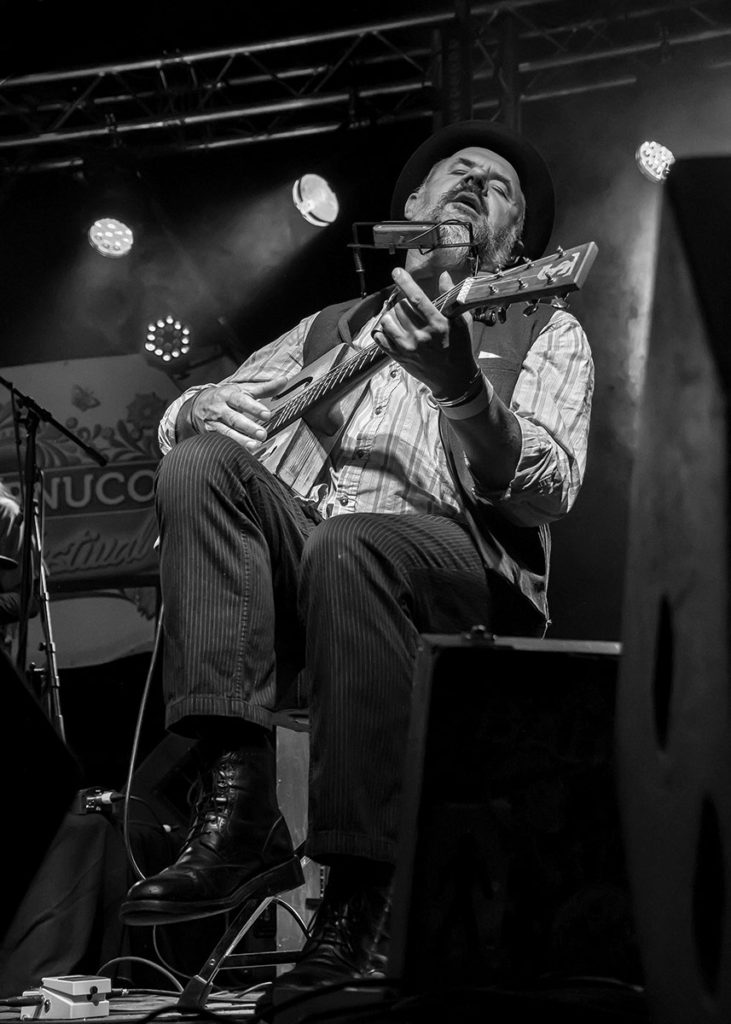 Now an established blues musician, renowned for his unique playing style and exciting performances, Trevor’s early musical influences came from listening to his mother, a club singer in the sixties, and the only two records in his parents’ record collection – Johnny Cash and Rory Gallagher.

As founder member and co-song writer of the successful band ‘BabaJack’ he rose to the forefront of the British Blues scene, where he has been nominated numerous times for Best Harmonica Player along with Best Album and Song in the British Blues Awards.

Trevor is now developing his solo career to delve into the Roots Blues music that has always been his passion, performing his own brand of blues using slide guitar, blues harp and stomp box to create a unique, exciting and very real sound.

‘Man that guy can sing!’

Back at The Meeting Room Elland after a sell-our performance in 2016! Stevie Nimmo was born and raised in Glasgow and has been successfully recording and touring for the last two decades. A major operation in 2009 resulting in the loss of his voice for over 2 months forced Stevie, now living in France, to ease back on his touring schedule with The Nimmo Brothers. During this period, he wrote the songs that made up his first solo album, released in 2010, entitled ‘The Wynds of Life’.

For Stevie, song writing isn’t something that you plan, it’s something that he needs to do. “When you have that something inside you, that feeling be it happy or sad, you just have to let it out. It’s an extremely emotional process and my only way to do that is through song,” says Stevie.

Fleshed out with pedal steel, banjo, accordion, B3 and Wurlitzer, amongst other instruments, The Wynds of Life falls just as easily under the Americana banner with its roots, country and gospel influences as it does in Stevie’s more familiar blues setting.

It’ll be a knockout performance – secure your tickets now!

Please note this gig has now SOLD OUT.