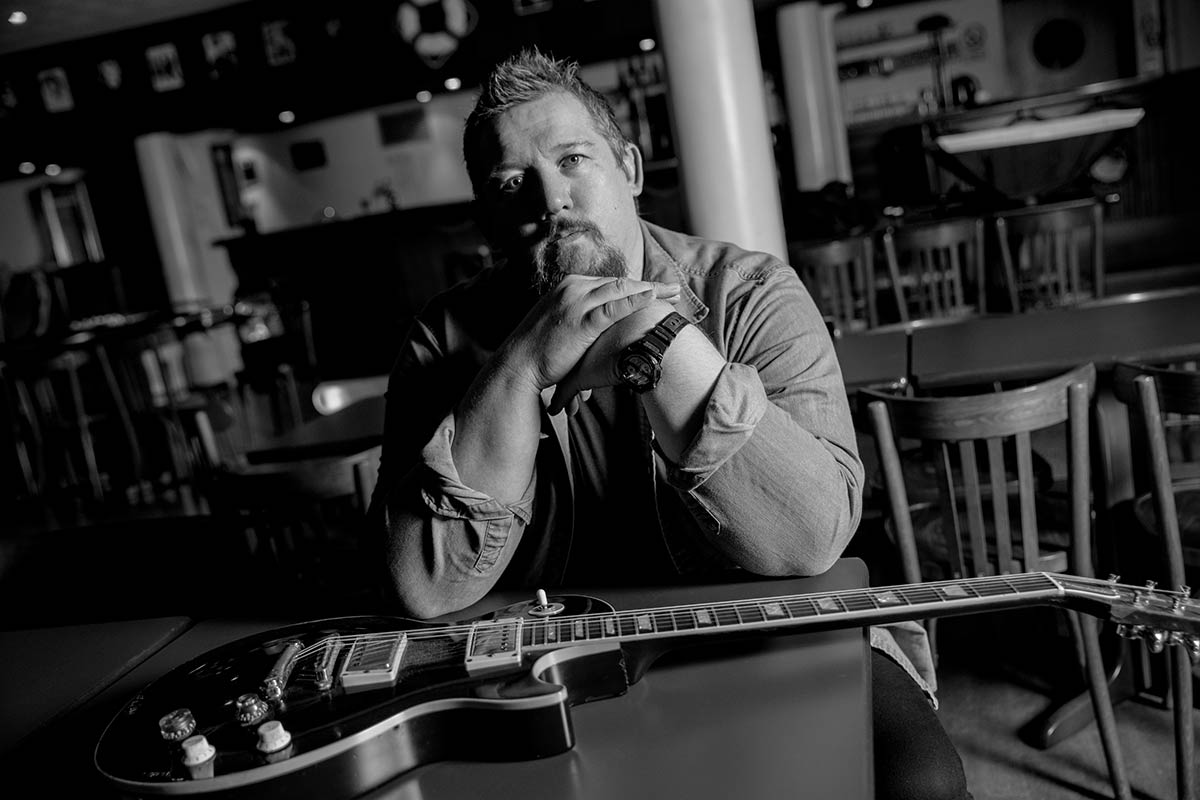 ‘Man that guy can sing!’

‘Stevie’s voice is at times gritty, other times emotional but all times perfection!’ Maverick magazine

A ‘rocker with a heart full of soul and a soul full of blues’, Stevie Nimmo was born and raised in Glasgow and has been successfully recording and touring for the last two decades.

This isn’t his first visit to The Meeting Room Elland, but his last planned gig in 2017 saw him calling in a substitute in the shape of his equally talented brother Alex when a serious fall from a mountain bike resulted in a broken arm – a tricky challenge for a guitarist! Following surgery he’s now back to his best with full-on, electric, no-holds-barred trio format and a busy touring schedule!

For Stevie, song writing isn’t something that you plan, it’s something that he needs to do. “When you have that something inside you, that feeling be it happy or sad, you just have to let it out. It’s an extremely emotional process and my only way to do that is through song,” says Stevie.

He says he’s still enjoying making music as much now as at any time in his 20 year career, relishing performing and touring. The Meeting Room Elland is the perfect venue to catch this great artist at the top of his game doing exactly what he loves best.