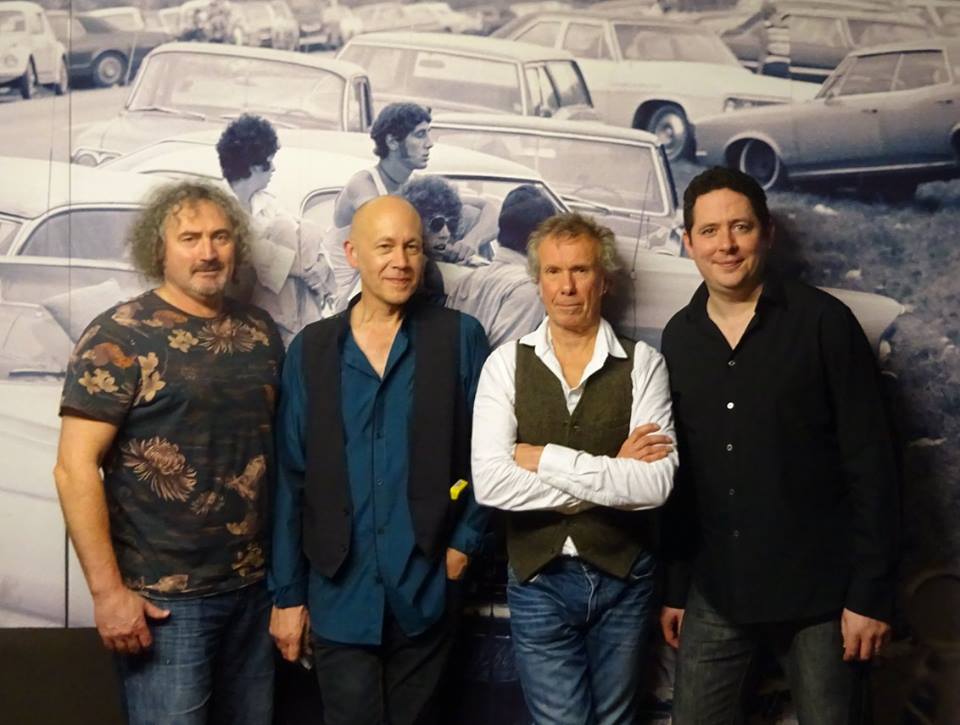 On stage on 8 September 2018 at The Meeting Room Elland – the legendary Slack Alice, one of one of Britain’s greatest rhythm and blues bands, with a fine tradition for great stage shows and original music.

Originally fronted by founder member and singer songwriter Cliff Stocker, the band amassed a dedicated following, eventually signing to Chapel Music and appearing on The Old Grey Whistle Test before folding in the late 70s. Cliff reformed the band in 1998 and they have since recorded six highly acclaimed CDs, delighting audiences at numerous main stage appearances at major UK Blues Festivals. Sadly Cliff passed away in 2016 but the new line up formed in 2017 aims to keep the songs and spirit of the band alive.

Today’s line up features the great vocals of Des Horsfall, with Chris Preston and Colin Redmond on guitars. A fine guitarist who also plays slide guitar, Chris became a member of Slack Alice on their reformation in the mid 90s. Colin joined the band in the late 90s, having played with bands on the country circuit. His distinctive country influenced playing style has become a major feature of the band’s live shows.

On bass guitar is Alan Sagar. Renowned for his unique style and highly evolved technique, Alan joined Slack Alice in May 2007, and quickly became an established member of the band, His brilliant self-penned solo piece ‘Conversations’ performed as a bass and drum duet is always a highlight of any Slack Alice show. On drums is Liam Barber – a powerful drummer with a unique hard-hitting style, formerly of the Rubettes.