Sari Schorr and the Engine Room 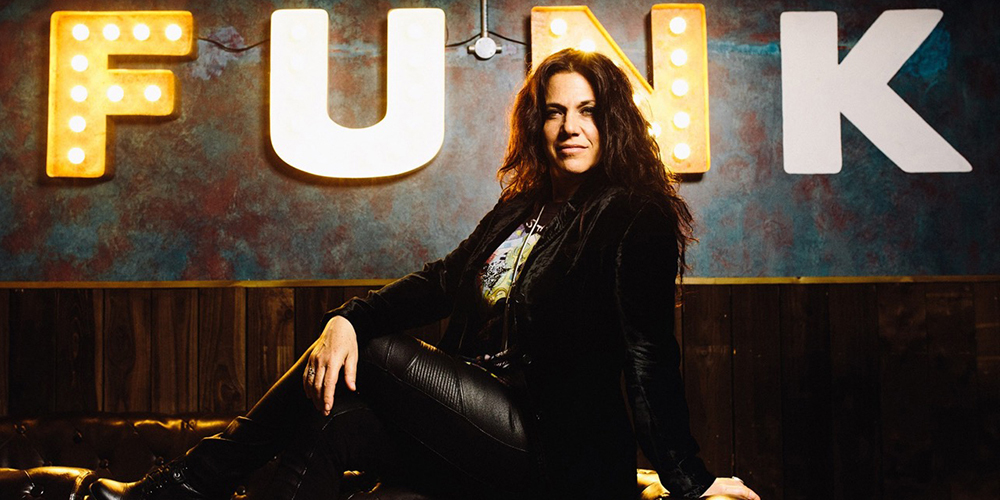 “Schorr is undoubtedly a find, writing strong songs in a range of styles, with interesting lyrics.  Vocally she has the goods to do justice to that range too, with a bluesy voice that can deliver both power and delicacy.”

Don’t risk missing Sari Schorr and the Engine Room when they debut at The Meeting Room Elland on Saturday March 3rd. Quoted as being an uncommonly compelling live performer, Sari (who trained as an opera singer) mixes blues, rock, and soul with concrete melodies set against poetic lyrics to striking effect.

Growing up in New York, Sari was heavily influenced by the rhythm and blues, soul and jazz recordings by American artists like Ray Charles, Ruth Brown, Otis Redding, Sam and Dave and Aretha Franklin. Playing with her own bands around Lower Manhattan since she was a teenager – keyboards, electric percussion, even flute – she studied for a Diploma in Liberal Arts, majoring in music, paying for her studies by gigging and booking bands. She has travelled extensively in UK, Europe and the US, spending six years in Paris and even working in Haiti after the earthquake disaster.

Meeting British producer Mike Vernon in Memphis was a turning point. Sari went to Spain to do some songwriting with him and his writing partner Quique Bonal, and it was after this that Sari Schoor and the Engine Room – a powerful lineup of British musicians making up the band – released her Manhaton Records debut, A Force of Nature, which has been described as ‘A hailstorm of an album sure to go down in blues history’ by Blues Rock Review. Maximum Volume Music has given the album a 10/10 and exclaims, ‘The quality of the record frequently touches jaw-dropping. Sari Schorr & the Engine Room have just made one of the blues records of the year.’

Catch some of the tracks at The Meeting Room Elland. Sari’s band will be joined by Ash Wilson, one of the most exciting young contemporary guitar players and singers on the blues scene today and recently nominated as one of the best blues guitarists of 2017 by Total Guitar magazine!

Sari is supported by Yorkshire born and bred multi-instrumental musician Dan Burnett, who has been playing keyboard since he was three years old and began gigging in his home county with his dad’s blues band when he was still a child. Today he plays up to 200 live gigs a year and is a respected library music composer for film and TV, having co-written and recorded music featuring in the film ‘Stolen’ starring Nicholas Cage and US TV series ‘Supernatural’.

This year, he showcased nationally on BBC Radio’s ‘Georgey Tonight’ as ‘Artist of the Week’, reaching over 1.2m listeners. Last year, he released ‘Small World EP’, which received international acclaim and airplay, and reached #5 in the 2017 UK IBBA charts.