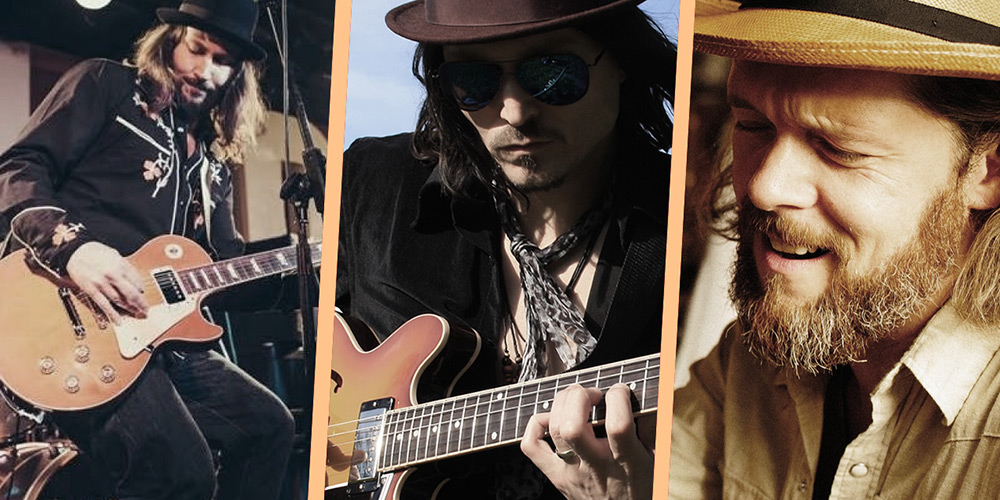 It’s a treat of a trio for 27th October 2018 at The Meeting Room Elland with no fewer than three bands on stage to set this venue alight and provide some of the best entertainment on the music circuit! Joining us in no particular order are;

Passionate, intoxicating and genuine, Mike ‘soaked in soul & burnt in blues’ Ross blazes his own unique trail – fusing his love and command of blues and roots music to create his own unique fusion. Since his re-emergence to the circuit in 2015 he has charged up the ranks to stand with the best known names in the UK roots rock and blues scene. Mike writes soul wrenchin’, riff bustin’ songs that will make you want to share the tale of his life’s journey and the lessons he’s learned.

Guitarist Troy Redfearn grew up in the shadow of Hergest Ridge, made famous by Mike Oldfield. He is a passionate, intense, free spirited indie blues artist whose ferocious slide guitar style twists and turns timeless themes and ideas to his own ends. This protean slide guitarist leads his power trio with style, gusto and virtuoso playing that fuses spontaneity with real craft. Redfern combines the rawness of Hound Dog Taylor, the freeform approach of Sonny Sharrock, the firebrand playing of Johnny Winter and the technique of Dave Hole with the ghost of Elmore James. He’s a guitarist for whom tone, feel and grooves are his working tools!

Jack J Hutchinson is a London-based guitarist and singer songwriter Jack J Hutchinson was described by Classis Rock Blues Magazine as ‘One to watch. Born to sing soul and blues’. In 2015 and 2016 he was nominated for a British Blues Award. He has shared the stage with some of the best known blues musicians around today including the Boom Band, featuring Matt Taylor, Marcus Bonfanti and Paddy Milner. He has also supported Dr Feelgood, Ian Siegal, and Big Boy Bloater.