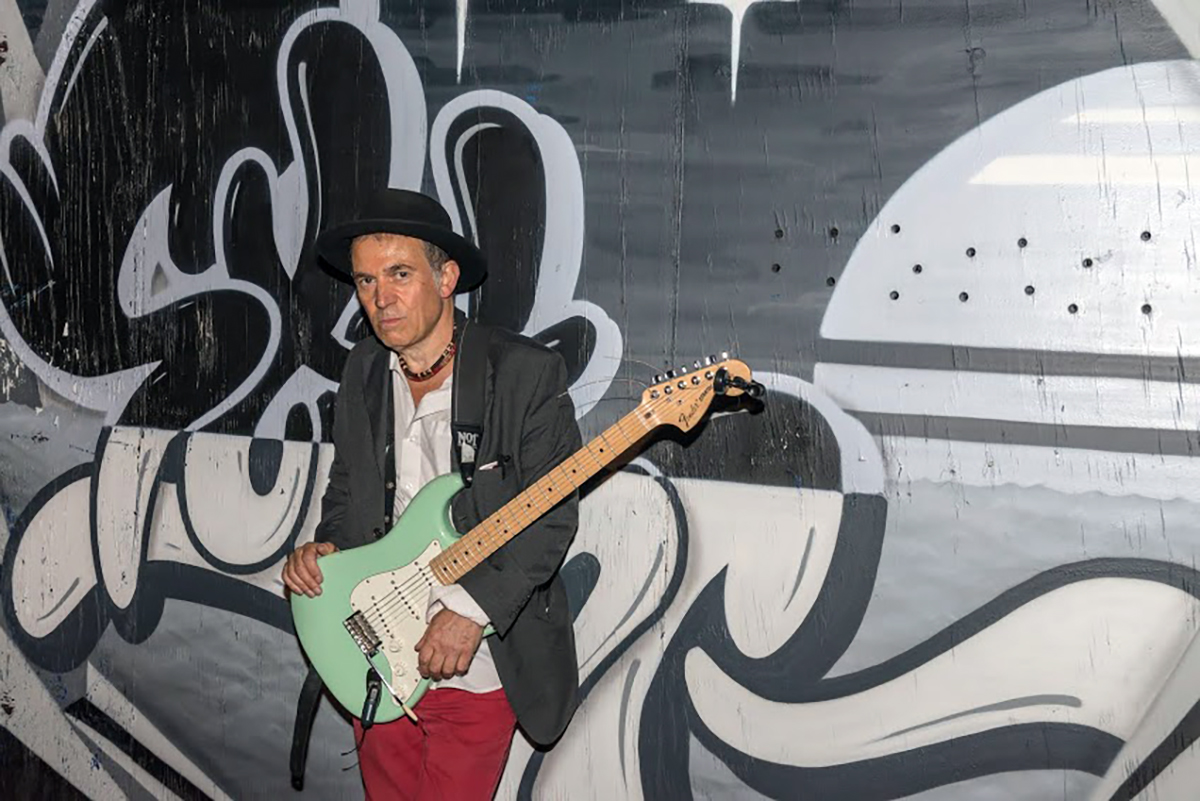 “When Robin Bibi takes to the stage you can have 100% confidence you’re going to have a great night.”

On stage once again at The Meeting Room Elland is Robin Bibi, one of the UK’s top blues/rock guitarists.

Having paid his dues working with such names as Robert Plant, Jimmy Page, Ben E King, The Pretty Things and Helen Shapiro, he launched the Robin Bibi Band in the late 1990s.

Robin Bibi has been thrilling audiences up and down the UK with his trademark ‘Texas meets South London’ brand of blues/rock for long enough to know what it really means to pay your dues – appearing alongside such luminaries as Chuck Berry, Van Morrison, Bob Geldof and Jethro Tull along the way.

Following several albums, an EP recorded in Muscle Shoals, hundreds of gigs and festival appearances all over the world as well as a clutch of award nominations, his latest album No More a Secret is surprisingly his first album of totally original songs, all his own work.

Robin is utterly uncompromising in the quality of his songwriting and musicianship and clearly demonstrates mastery of his genre while adding some unique personal touches along the way.

Robin has been nominated in the British Blues awards for Guitar and recently won an Award for Best Guitar Solo from the WRC above solos by Joe Bonamassa and Richie Sambora!

Blues, Funk, Rock, Reggae (occasionally!) and Jazz/Fusion are all rolled together in The Robin Bibi Band’s own totally unique feel-good concoction. Above all, the Band’s aim is to give their audience a night to remember whilst guaranteeing the best British Blues Rock can offer in a tried and tested, exciting, spontaneous, power trio format with the highest level of musicianship the style can offer.

This event has passed but you can see all our upcoming events here.