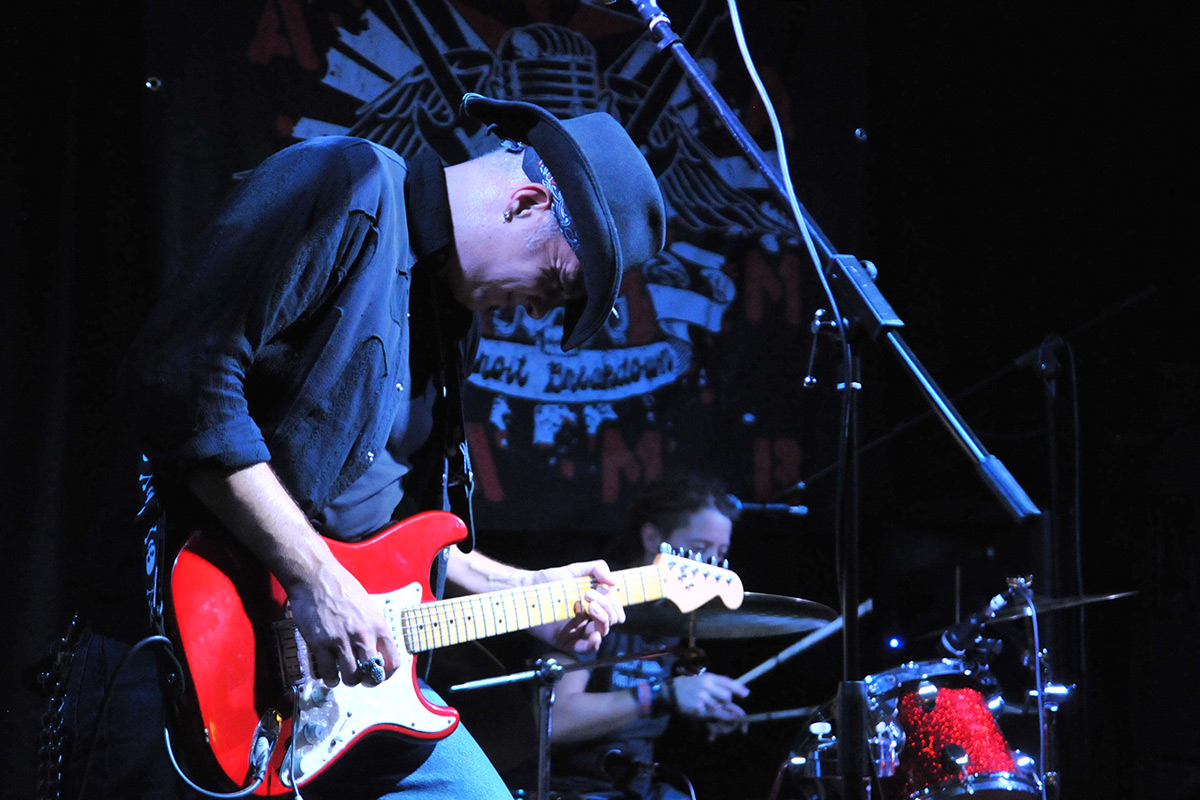 “Paul is a striking figure, a tall tower of blues, with a strong band and the fiercest lady drummer we’ve seen.”

Experience the emotion of musical Detroit at The Meeting Room Elland on Saturday 19 August when Paul Lamb and his band The Detroit Breakdown rock the rafters at this great new local venue – your chance to get up close and personal and really connect with the music.

Paul embodies the deep root of blues that comes from Detroit with a mix of savage seventies blues rock and modern downtown Detroit blues. Paul and his band have toured Europe extensively, playing at Glastonbury and touring with Walter Trout, Peter Green and many others, and are part of what Blues Matters calls ‘a friendly invasion of top quality blues and rock acts from the USA.’

Paul grew up in Detroit, listening to a mix of great rock radio like Bob Seger, Stevie Wonder, George Clinton and drew from other outside influences like Hendrix and Stevie Ray as he began to play guitar.

Listening to Paul Lamb and the Detroit Breakdown is a musical time capsule. It will take you through the drive and riffs of the 70s, but also has the modern pulse that comes from recording at the legendary Rust Belt Studios(Kid Rock, Uncle Kracker) that keeps it all fresh.

It’s going to be a popular local gig – book your tickets now!