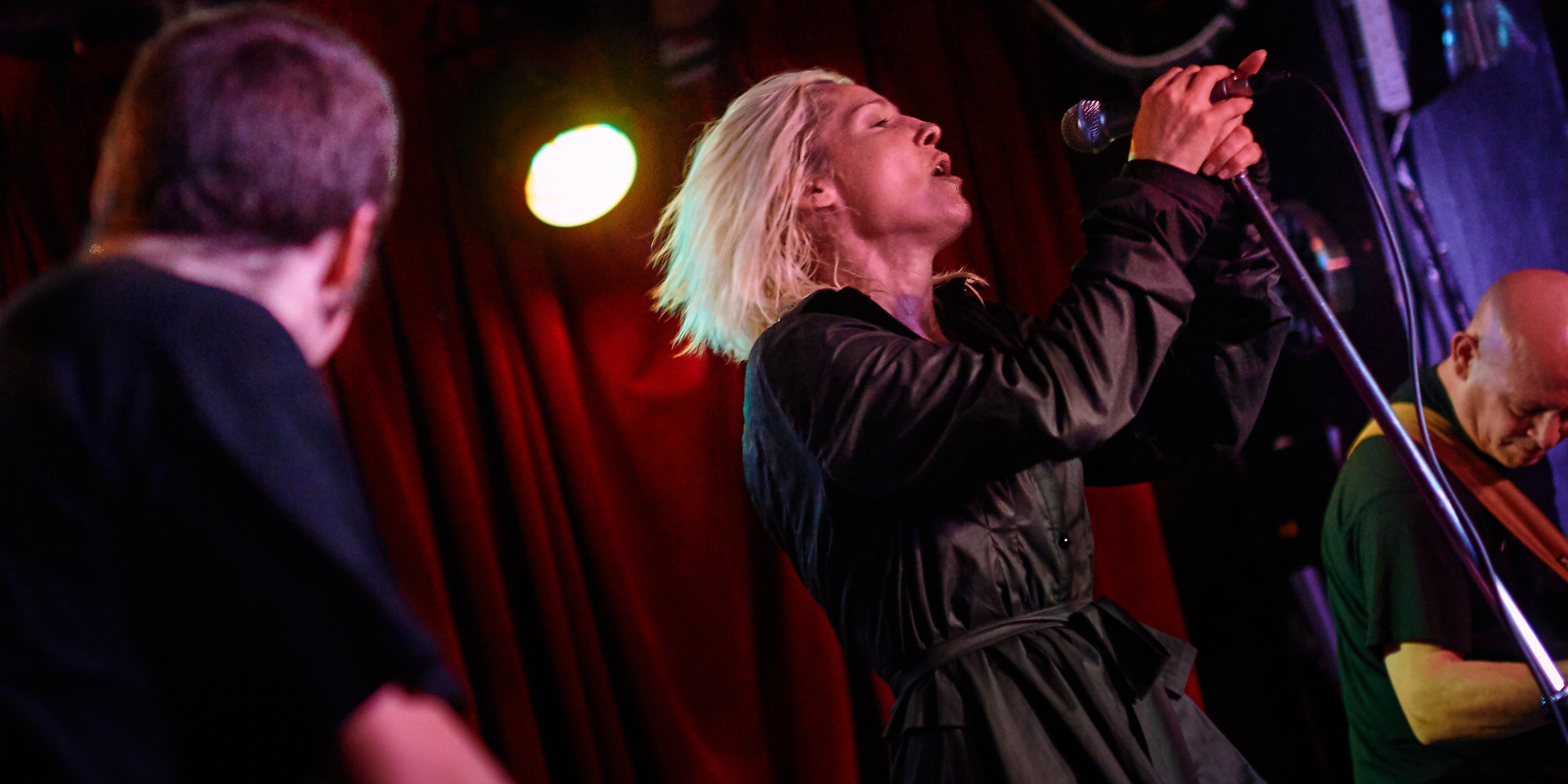 with support from Terri Shaltiel

”Anyone who has seen this band live will know that together, they have that ability to lift a whole room into another stratosphere and front lady Lorna Fothergill can both strip the paint from the walls and hold you close and whisper in your ear.”

Making a return visit to Elland’s lively Meeting Room, the four piece Northsyde began life as Funkydory; Their debut album “Still” was released in 2006 to fine reviews, and the band toured consistently for the next two years supporting it. With a grooving combination of Rock, funk and a serious nod to the blues – their follow up album “Mercy’s Medicine” was released independently in 2009, again to strong acclaim.

The band is fronted by vocalist Lorna Fothergill, who is also the main lyricist and songwriter. With a dynamic and powerful vocal style, she has been described as “Robert Plant meets Aretha, with a hint of Janis”. Playing guitar for the band is her husband, Jules Fothergill, with Ian Mauricio and Hayden Doyle on Bass and Drums respectively, combining to give the band a sound quite unlike any of their contemporaries on the modern Blues and Rock circuit.

A heady mix of soulful Blues, shaking Funk, and Zep-style riffing, their music has been best described as what you’d get from “Stanley Clarke strapped to the front of an Intercity 125 with Janis Joplin driving”!

Through a consistent approach to gigging around the country, Northsyde have grown into a well oiled music machine, capable of entertaining even the most discerning audiences, whether headlining UK Music festivals to playing smaller support slots: from Guilfest to Maryport Blues Festival, London’s Ealing Festival and Cambridge Rock Festival, and supporting Joe Bonamassa to playing many festivals in Europe.

This event has now passed checkout our up and coming gigs here.