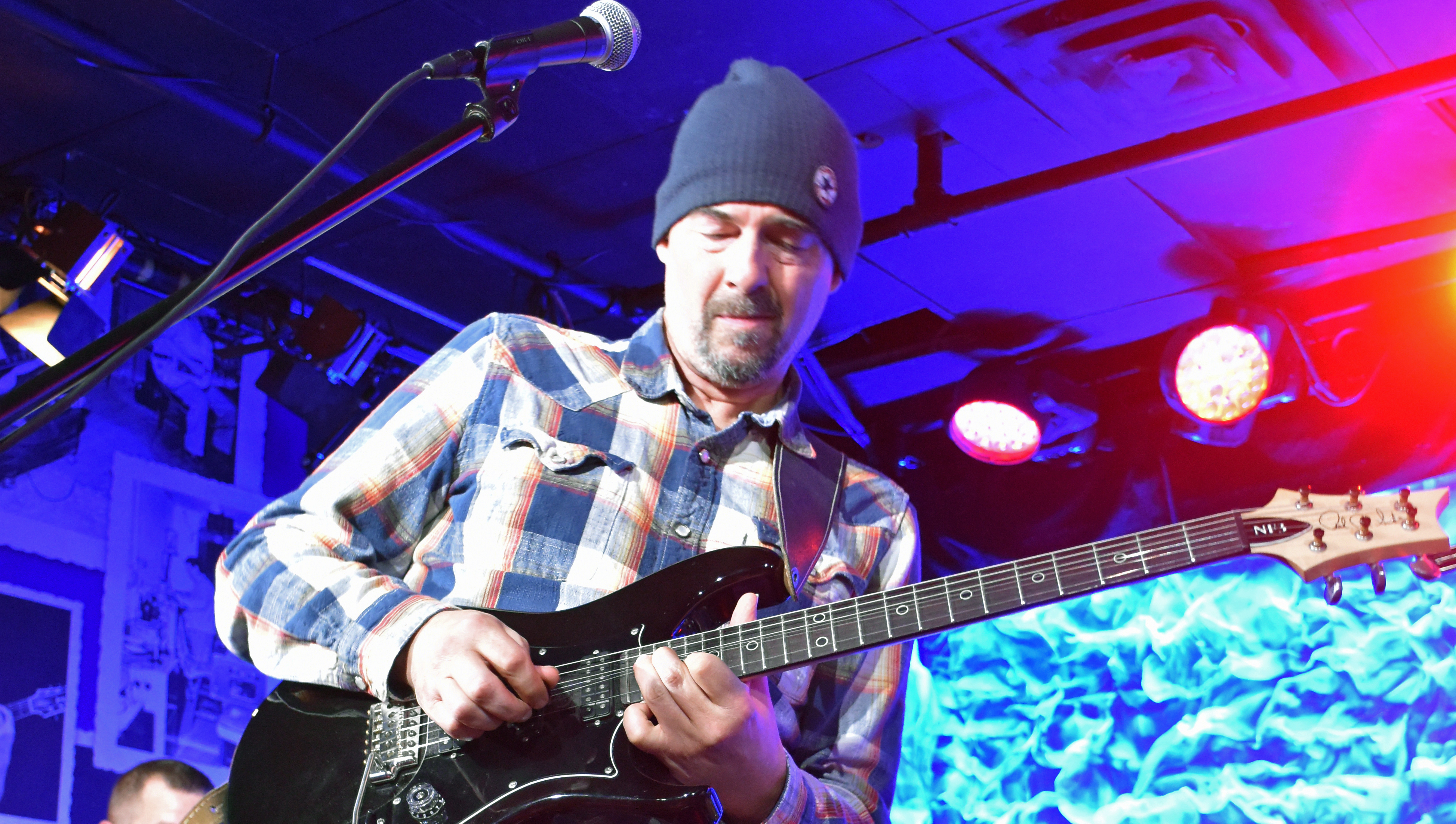 Live and rocking for the third time at The Meeting Room Elland on 28 January 2017 – Miles Gilderdale and the Blueflies, a power-trio of epic proportions featuring Miles Gilderdale on guitar and vocals, Gavin Ewing on bass and Paul Stipetic on drums.

The Blueflies were formed by Miles Gilderdale & Gavin Ewing following the demise of their Soul / Funk outfit “Zoot & the Roots” in the early ‘90s. Zoot & the Roots had success on the European live circuit and had chart success along with TV and Radio exposure at the time. Mark Radcliffe gave the boys an early break with an ‘in concert’ Radio 1 special and their friend and fan, Zeppelin’s Robert Plant helped fix them up at the London Palladium playing for Ben E King when he was Number 1 in the UK chart.

In 1996 Miles joined the internationally famous contemporary instrumental outfit “Acoustic Alchemy”, which led to him being recognised worldwide for his writing and playing. In 2002 Miles and partner Greg received the prestigious ‘Gibson Guitars’ award for ‘jazz guitarists of the year’ and at the same time received their THIRD Grammy nomination.

When he’s not travelling the globe with Acoustic Alchemy Miles hits the British road with the ‘Flies. The music is essentially Rhythm & Blues inspired but veers into soul, funk and rock – yeah “Fusion – and proud of it!” He’s also an official artist for Paul Reed Smith guitars.

Paul Stipetic has been a welcome addition to the band. He comes from a legendary family of musical talent and is himself a hell of a multi-instrumentalist. As a drummer he’s played for artists as diverse as Jimmy Ruffin and the Whisky Priests and now the Blueflies.

Plus this year we are putting on a support act to start the night off the first up is Tom Bedlam. Tom is a confident, captivating performer and a seasoned traveller. He has a very exiting future ahead of him and I’m sure you will all give him a warm welcome on is first appearance here at the Meeting Room.

Don’t miss it – we are predicting a lively night at The Meeting Room! Tickets available here or phone to reserve. The support act will start at 8.00pm.