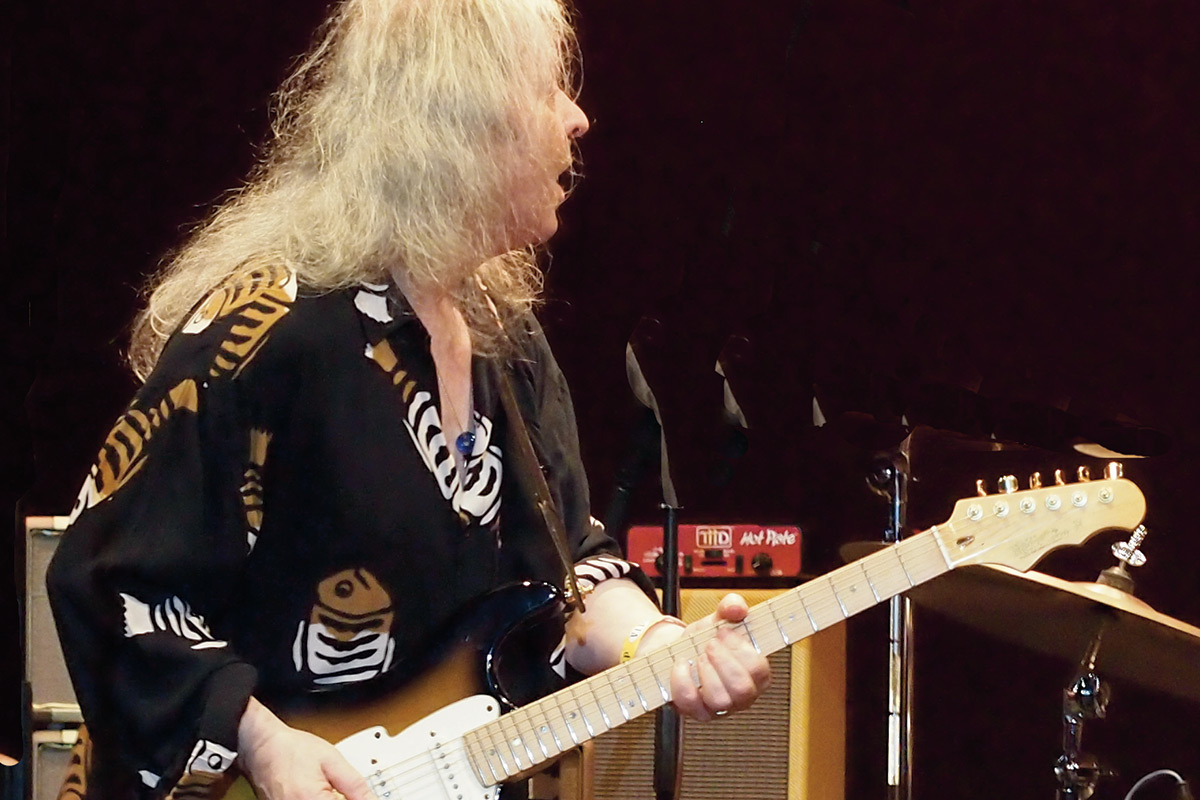 with support from Tom Attah

‘His voice is strong and powerful and his guitar playing precise and skilful. His solos were as good as any I’ve heard, tearing up the fretboard and using the tremolo arm to good effect.’

A real legend comes to The Meeting Room Elland once more in the shape of John Verity, who began his music career in the early 1960s, living and working in the US, doing prestigious support slots with many of the big names of the day including Jimi Hendrix, Mountain, Canned Heat, Savoy Brown, and Janis Joplin. His first solo album ‘John Verity Band’ for ABC Dunhill/Probe records was released in the spring of 1973.

Whilst on tour promoting the album, JV was spotted by Rod Argent who was looking for new lead vocalist for his band following the departure of Russ Ballard. John eventually joined Argent late in 1973 and there followed a period of intense recording and touring until the band decided to come off the road late in 1976.

The next few years were spent in recording studios throughout the world, producing, playing guitar, or doing backup vocals with various acts including Motorhead, Tank, Ringo Starr, Russ Ballard, Colin Blunstone, Brian Connolly, John Parr, BowWowWow and The Searchers amongst many others.

Recording and touring constantly, with his distinctive soulful blues edge, 2017 is John’s busiest in recent years and especially so with live appearances with his band; a fluid line-up but always with musicians of the highest professionalism and musicality. In 2016 John also found the time to record and produce the latest album ‘My Religion’ which was played on numerous radio stations, including Paul Jones ‘Nothing but the Blues’ on BBC Radio 2 and reached No.15 of the most played albums on the IBBA (Blues) charts earlier in the year. Review below from ‘The Hat Reviews’ by Peter Elliott in October 2016:

‘My Religion’ is a fine crafted album. It tells you all about the range of the artist. It has some terrific rocking moments, some great lyrics and delivers both traditional and modern blues with some subtlety. You are left under no illusion that you are in the hands of a proper musician and vocalist who would have no problem filling a stadium, packing out any club and bringing a festival audience to their feet. And of course, it seems that is exactly what he is still doing. Go see him’.

Tickets will be in hot demand – book yours now!

Don’t miss Dr Tom Attah’s very first solo performance at The Meeting Room Elland, showcasing his new and original acoustic blues! A recent interview said that he combines the raw power of Son House with the dense hypnotic rhythms of Howlin’ Wolf and the barrel-chested roar of the old blues belters; hopefully he’ll take us all on a journey from the Delta to the Download at our special music venue!

Alongside his vocation as a practising musician, Tom is Course Leader for the BMus Popular Music Performance at Leeds Arts University, and his research interests include the effects of technology on popular music, particularly blues music and blues culture – which reflects in his music. His teaching and blues advocacy includes workshops, seminars, lectures and recitals delivered to learning institutions in the United Kingdom and mainland Europe.

He grew up listening to Boney M, Billy Idol, Bob Marley and Stax – playing in his house! – with a certain amount of reggae, but he says as soon as he could choose he gravitated towards the blues and to soul, led back to the blues by Eric Clapton, the Doors, The Beatles, The Stranglers and the Stones. He says that he still adores the music of Muddy Waters and Son House, but includes some of his favourites today as Susan Tedeschi, Rag & Bone Man, Katie Bradley and Kyla Brox.

As a guitarist and singer, Tom’s solo acoustic work includes his own original blues compositions, and he has performed at major music festivals around Europe, including major stages at the Glastonbury Festival of Contemporary Performing Arts, the Great British Rhythm & Blues Festival and Blues Autour du Zinc.