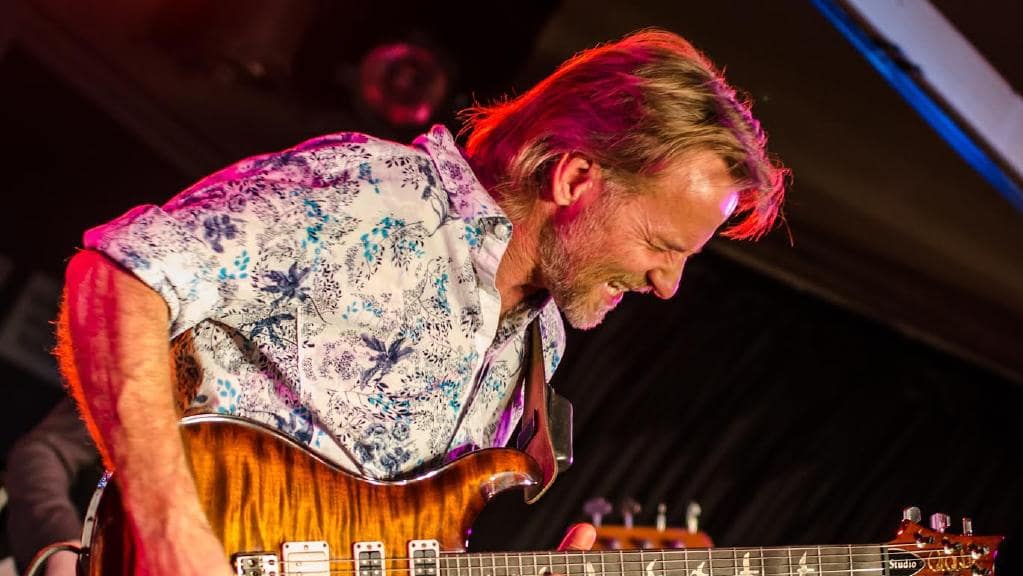 “What makes him unique is not only his instrumental skills but also his multifaceted approach.”

We’re welcoming one of the great to The Meeting Room Elland on Saturday 28th September – Geoff Achison is an extraordinary guitarist who has been a driving force on the Australian blues/roots scene for decades, inspiring and influencing many of his younger compatriots.

Now best known for his guitar playing and songwriting, Geoff started out playing with legendary Australian bluesman ‘Dutch’ Tilders, building a reputation as a great lead guitarist before launching a solo career. Since the early 1990s, he has toured successfully in the USA, the UK and Europe, winning awards for his guitar playing, songwriting and live performances. In 2011 he was honoured as official Patron of the Melbourne Blues Appreciation Society.

Geoff’s music embraces a variety of styles with a solid foundation in the blues, and he has been compared favourably to major artists such as Eric Clapton, JJ Cale and the Allman Brothers Band.

Back in Melbourne, Geoff recruited all-star group The Souldiggers, featuring Mal Logan on keys, Roger McLachlan on bass and Gerry Pantazis on drums – some of Australia’s most celebrated musicians.
Today, Geoff’s music covers many themes from love and loss to politics and philosophy – served up with his own wry sense of humour. Don’t miss the chance to experience the skill and artistry of this Aussie legend at The Meeting Room Elland!