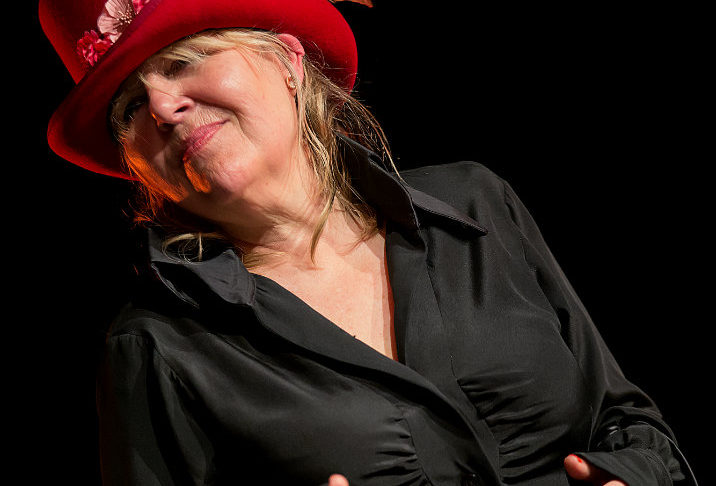 Great ready for the fabulous Connie Lush – widely recognised as one of the finest blues singers in the UK today. We’re delighted to welcome Connie to The Meeting Room Elland on Saturday 23rd November! Winner of “Best Female Vocalist UK” on no fewer than five occasions, Connie has earned her place in the Gallery of Greats. Watch out for her incredible stage presence and powerful vocal – she’s been voted “European Blues Vocalist of the Year” twice by the Blues Trophies Awards.

Connie grew up in Liverpool, singing in church and school choirs from the age of five. Although singing was never a career option, when she met and married bass player Terry Harris, he persuaded her to take to the stage, which they have shared ever since.

Connie burst onto the blues scene making her debut at the “Great British R&B Festival at Colne and never looked back. She has wowed audiences in Europe and as far afield as Moscow to LA. She has sung at BB Kings Club, Beale Street, on Hollywood Boulevard and at Glastonbury. She even toured the UK with the late, great BB king, finishing with a show at the world famous Royal Albert Hall London.

Known as a songwriter, DJ and unforgettable performer, Connie is loved by audiences everywhere she goes, bringing her enormous gusto for life and music – blues is her business and business is great!