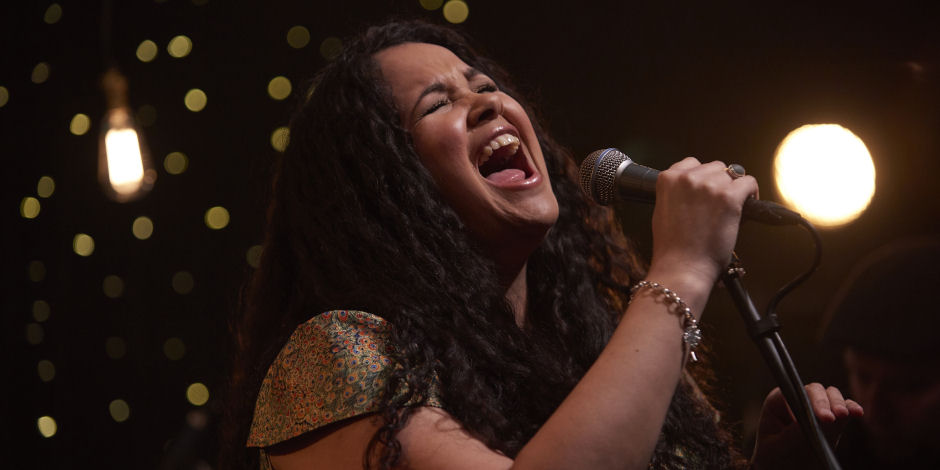 There’s a real treat in store for those lucky enough to get tickets for this year’s Christmas Bash at the Meeting Room Elland – it’s a mega blues and soul affair starring the Kyla Brox Band, returning to the venue to kick off the festive season.

Hailed variously as Manchester’s answer to Aretha Franklin, the finest female blues singer of her generation and winner of the 2018 UK Blues Challenge and the 2019 European Blues Challenge, singer songwriter Kyla began her career as a teenager in her father’s band, cult blues figure Victor Brox.

Since then she’s now honed her own sophisticated sound, entwining blues and soul. Today, with many albums under her belt and many miles covered on the road, touring all over the world, Kyla Brox is widely regarded as one of the very best soul-blues singers the British Isles has ever produced. In 2016 the UK Blues Federation made Kyla an official Ambassador of UK Blues and she is one of only three British singers privileged to be included in the 50 Women of the Blues Spotify playlist.

Kyla plays in duo form with her husband, virtuoso acoustic guitarist, Danny Blomeley, who first fell in love with the blues listening to BB King on cassette. He was on stage at just 12 years old with Kyla’s father, legendary Bluesman Victor Brox, which is when legend has it that he was first promised to Kyla! It took a few years but by the time he was 21 the prophecy came true and the Kyla Brox Band was formed!

They team up with the enchantingly fluent guitar work of Paul Farr, who has worked as a professional guitarist for over twenty years playing with artists such as Tom Jones, Errol Brown, Lily Allen, Corinne Bailey and Joss Stone. He writes and performs his own music with ‘The Paul Farr Band’ and has been Kyla’s guitarist for the last ten years.

The band is completed by Mark Warburton, who has played drums for most of his life touring the world as a session drummer. He has performed and recorded with artists including Gloria Gaynor, The Osmonds, The Jive Aces and Susan Boyle. His first gig with Kyla was a last minute gig at Matt ‘n’ Phred’s jazz club in Manchester – he’s now Kyla’s ‘go to’ drummer.

Includes turkey baps and all the trimmings

What better way to head into the Christmas festivities than at the best Christmas party with live music in Yorkshire – as usual, we’ll be feeding our audience with turkey and stuffing baps and pigs in blankets, all cooked freshly by our old rocker in the kitchen our very own chef Richard and his merry band of Christmas helpers. Vegetarian option available of course!

Christmas doesn’t get better than this!

Book your place now at The Meeting Room Xmas Bash