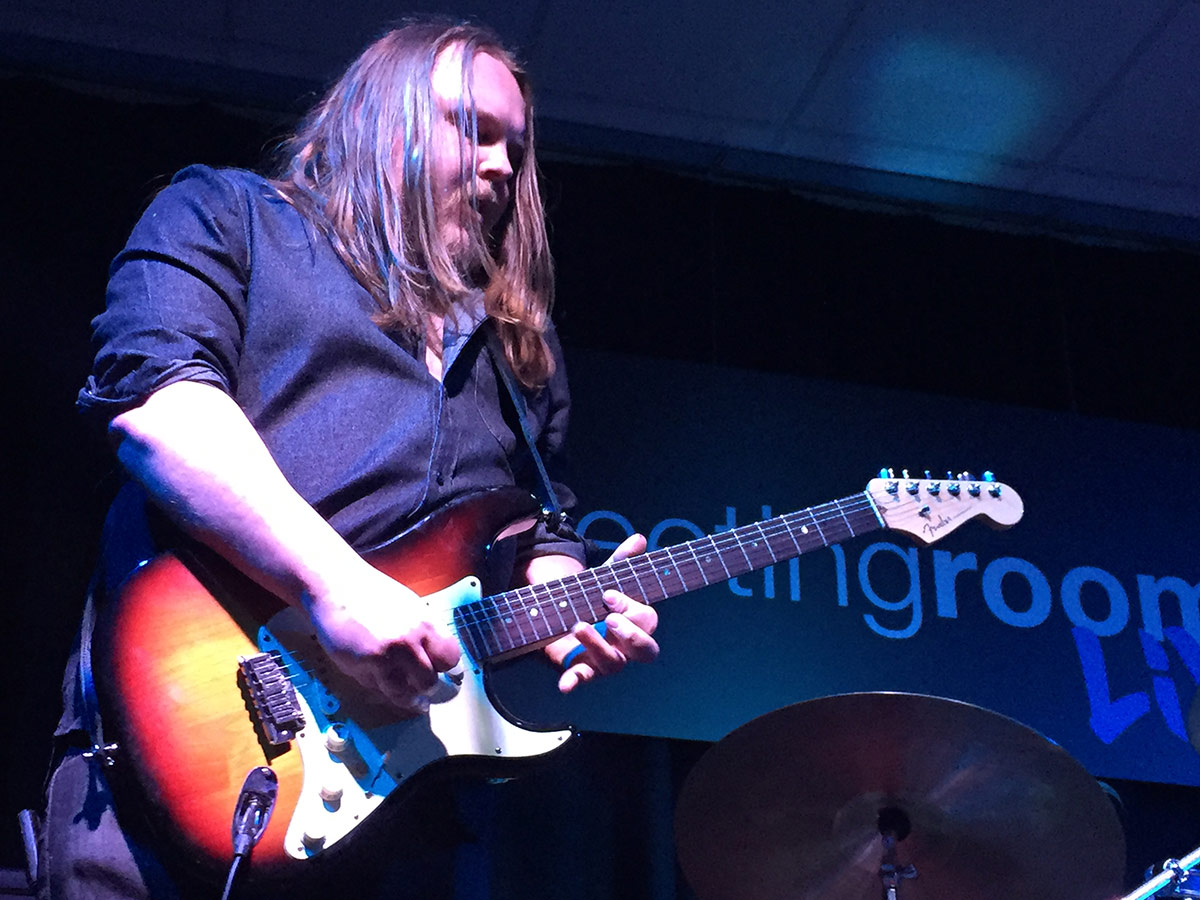 The last time the Alex Fawcett Band played at The Meeting Room Elland they really rocked the rafters as the support act for Lewis Hamilton. Now they’re coming back as the headline act and we can’t wait for the repeat performance on 13 January 2019!

Originally started as the four-piece Alex and the Boneshakers, the Alex Fawcett band now features Alex Fawcett on lead vocals and guitar, Rachel Fawcett on vocals, Phil Appleton on bass, Jack Watson on keys and Robin Love on drums.

As the leader and inspiration behind the band, Alex has fast become a popular and well-respected member of the UK’s blues-rock fraternity. At only 23, he plays with a youthful style which echoes the guitarists of the past, mixing his gravelly voice and great range with a huge modern sound and feel.

Growing up playing the music of Gary Moore, Joe Bonamassa and Rory Gallagher, he has in a short time learnt the skills and feel which make his shows something special to watch. The live shows include classic Blues Rock tunes from Alex’s favourite artists mixed in with his own sought-after original material.

The Alex Fawcett Band is made up of some of the North East’s premier musicians bringing their talents together, along with Alex, to generate an electrifying sound and great music!